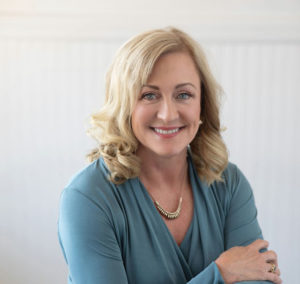 The media has reported widely upon the need to provide funding for governmental programs, whether those stemming from the COVID pandemic, those needed to address climate change, or those focused on improving our nation’s aging infrastructure. Washington is actively seeking ways to pay for such programs, and to reduce (or at least not increase) the size of the alarming federal deficit. President Biden, Senator Sanders, and Senator Van Hollen have all introduced legislative proposals that include dramatic tax changes. Any of these proposals, if passed into law, could be imposed retroactively, with capital gains tax increases effective as of dates as early as April 2021.[1] Even if you do not consider yourself wealthy, these proposals, if they become law, could affect both your income taxes and your existing estate plan (or your future estate plan if you do not have one in place).  If you are in fact wealthy, these proposals pose significant challenges.

This letter is intended as a courtesy to keep you abreast of current and potential changes, and is not intended to establish or re-establish an attorney-client relationship.

In the discussion below, we will provide:

[1] Treasury Secretary Janet Yellen suggested this recently in remarks before a Senate panel.

Ordinary income tax rates apply to IRA distributions, wages, and interest income. Capital gains rates apply to gain from transfers of capital assets held for longer than one year. Typically, capital assets are investment assets. Ordinary income has traditionally been taxed at higher rates than capital gains, a policy designed to stimulate taxpayers’ investment in long term capital assets. President Biden’s proposals include taxing capital gains (now taxed at 15-20%) at higher, ordinary income tax rates (as high as 40%), once adjusted gross income exceeds $1 million. That means that when real estate, investments, business interests, or other valuable assets are sold, 40% of gain on the sale could be taxed. In addition, the 3.8 % net investment tax (NIIT) would still be imposed. The income tax rate increase would be effective as of a date as early as April 2021, so it would be retroactive.

President Biden’s proposal also includes imposing capital gains tax on assets held in a trust, partnership, or other non-corporate business entity if the assets have been held in the entity for ninety years, even if those assets are not transferred by gift, sale or otherwise. The asset is “deemed” to have been transferred, for income tax purposes. That means all of the appreciation that has built up inside that asset for the preceding ninety years without being taxed, would have to be recognized on a tax return by the trust, partnership, or other non-corporate entity, and capital gains tax would be imposed (unless tax has already been imposed on a prior recognition event).

The “deemed” recognition event described here would be based on a ninety-year period beginning on January 1, 1940, meaning the first recognition period could be deemed to occur in 2030.  Therefore, if an estate plan includes an irrevocable trust created on or before January 1, 1940, the appreciation on trust assets left in the trust could be subjected to capital gains tax in the near future.

Note that the first $100,000 of gains resulting from transfer of gifted property would be exempt from capital gains tax.

The President’s proposal also separates the unified system of estate and gift tax, limiting the amount that can be transferred by gift during an individual’s lifetime to $1 million. Notably, the proposal does not include any retroactive “recapture” or “claw back” of previously used gift tax exemption.

Senator Sanders’s proposal has a different focus.  He would change the rules applicable to gift, estate and generation skipping transfer (“GST”) tax. The estate tax exemption amount would be reduced from the current $11.7 million per individual to $3.5 million. As a result, many of you who have estate plans designed for a non-taxable estate would suddenly be catapulted into the realm of potentially taxable estates. Existing plans would have to be reviewed and likely revised. The gift tax exemption would be reduced to $1 million. This change is designed to tax the transfer of wealth to succeeding generations. Note that gifts transferred outright would not be subject to gift tax, only gifts to entities and trusts.

The Sanders plan would limit annual exclusion gifts (currently $15,000 per individual to an unlimited number of donees) to $30,000 per year. Many plans include Irrevocable life insurance trusts (ILITs) that receive annual gifts to pay for premiums on the policy assets; these plans would no longer work.

Dynasty trusts would no longer be allowed to escape GST tax and/or estate tax for longer than fifty years.

Sanders’s proposal also calls for an increase in estate, gift, and GST tax rates from 40% to as much as 65%.

High net worth individuals and business owners often benefit from “valuation discounts” when their closely-held business interests are transferred into trusts or business entities as part of their estate planning. These discounts on the value of the transferred assets can range from 20% to 40% based on lack of marketability, minority voting power, or liquidation restrictions. Sanders’s proposal would reduce the availability of these discounts on intra-family gifts. Many business succession plans are designed around intra-family gifts, meaning all of these plans would be adversely affected.

Steps taken in 2021 to minimize estate tax would no longer work as they were designed to. Most gifts during lifetime and at death would be treated as a sale of property, subject to capital gains tax (subject to an exemption amount).

Many estate plans involve transfers into grantor trusts, which are trusts that are treated as owned by the grantor for income tax purposes, but not for estate and gift tax purposes; the grantor remains responsible for paying tax on trust income during his or her lifetime, but the property is removed from his or her estate for estate tax purposes. Under Senator Van Hollen’s proposal, these transfers to grantor trusts would be subject to capital gains tax at death if the assets in the trust are not included in the grantor-decedent’s estate for estate tax purposes. Moreover, every twenty-one years, the trust would have a deemed recognition event and have to pay capital gains on built-in appreciation.  Because the property in the trust is not actually sold, the trust may not have sufficient cash to pay such a tax.

Senator Hollen’s proposal also would eliminate a step-up in basis on assets transferred at death, excluding the first $100,000 in gain for assets transferred during life, and $1 million for assets transferred at death. The person who receives the inherited property would inherit the decedent’s basis in the property. A practical problem with this idea is that many people do not have records or knowledge of the basis of an asset they, themselves, inherited. Exceptions would be made for family-owned businesses and farms when the assets are given to persons who continue to run the business. Property donated to charity would also be excluded.

Many advisors anticipate significant tax changes will be enacted. However, the nature, extent, and impact of those changes cannot be ascertained at present and the effective dates are unknown. Among advisors who are recommending taking proactive tax planning steps now, a wide and disparate spectrum of measures are being suggested. Although attendant risks cannot be fully ascertained at this time, a basic understanding of these risks, the issues, and the options, are important to understand. 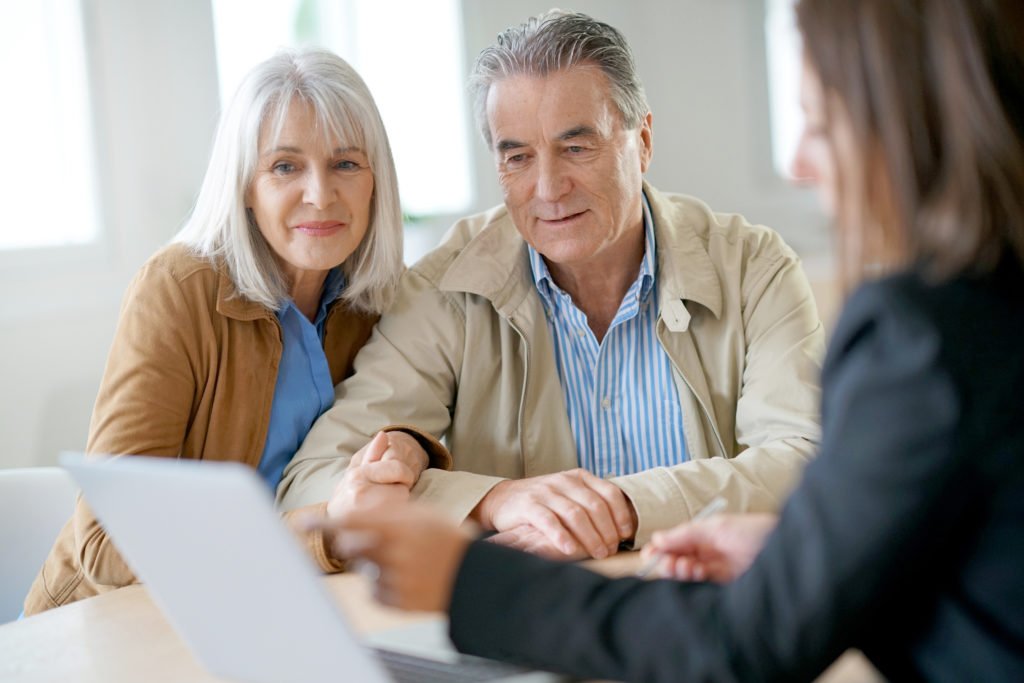 Many of the recommended actions that could prove to be beneficial under one legislative proposal could actually prove to be harmful under a different legislative scheme. That said,  ignoring the situation could result in worse consequences. Even in the face of so much uncertainty, an understanding of the options available and the accompanying pros and cons, is essential to making informed decisions about whether, and how, to take action.

Here are some of the planning steps you should consider:

Tax lawyers are developing strategies to provide some buffer to potential changes and to build flexibility into every estate plan. If you have an existing estate plan, review it with your attorney as soon as possible; once any laws are passed, there could be a crush of clients trying to make appointments before year-end. You may need to act especially quickly if you have an irrevocable trust. Every taxpayer will have to assess the alternatives and make his or her own decisions regarding how much risk is acceptable, considering the cost and complexity of actions to be taken. Doing nothing might pose the greatest risk!

As is made clear in the discussion above, advisors are faced with a conundrum. Suggestions that could turn out to be advantageous could also prove to be irrelevant, or even harmful, to clients. Without the benefit of a crystal ball, no one knows which proposals, if any, will be enacted. Congress has surprised the public and the experts before, as it did with the Tax Cuts and Jobs Act (TCJA) in 2017. Of course, with the mood in Washington being highly adversarial, it is possible that no legislation will pass. Moreover, even if the Internal Revenue Code is amended, those same amendments could be reversed in one of the next administrations.

The suspense of not knowing what the future holds has been agonizing enough throughout the pandemic. Americans want certainty and predictability, so their financial and estate plans can be created and relied upon. Even when there are no guarantees of outcome, however, we, your tax attorneys, are here to help you identify your options, appreciate the possibilities, and make informed decisions. We recognize that your legacy and your present financial circumstances are of the utmost concern. We are here to assist you.